Before adventuring into the depths of serial experiments lain with a series of meta analyses, and after a long hiatus (for personal reasons I had to take a break from many projects I was working on) I thought it would be a good idea to write a stand alone article- an introduction, if you will, completely spoiler free, dedicated to a work that became such an important part of my life.
I really wanted to do something productive for my blogs (I announced I had to slow down, that I’d be writing only once in a while, but I did not expect that MONTHS would have passed before I’d publish anything) and this is a good chance to start, especially since I recentely started to play serial experiments lain Playstation’s videogame, that I find extremely fascinating and makes me feel like I’m experiencing Lain’s story for the first time.
One day I’ll write something about it, too, but for now, let’s focus on the anime series.

In 1998, between the beginning of July and the end of September, serial experiments lain, a controversial sci-fi anime, was broadcast in Japan. Directed by Ryūtarō Nakamura, written by Chiaki J. Konaka, with Yoshitoshi Abe’s character design, and produced by Triangle Staff, this work is a brave attempt to talk about various important and complex themes, like communication, the concepts of identity and reality; to do so, for its writing they relied on cyberpunk, computing history, conspiracy theories and philosophy. In only thirteen episodes twenty minutes long, the story of Lain Iwakura, the young protagonist, will untangle in a complex journey set in a modern world featuring disquieting, alternative and futuristic technologies that now, twenty years later, are already part of our reality. 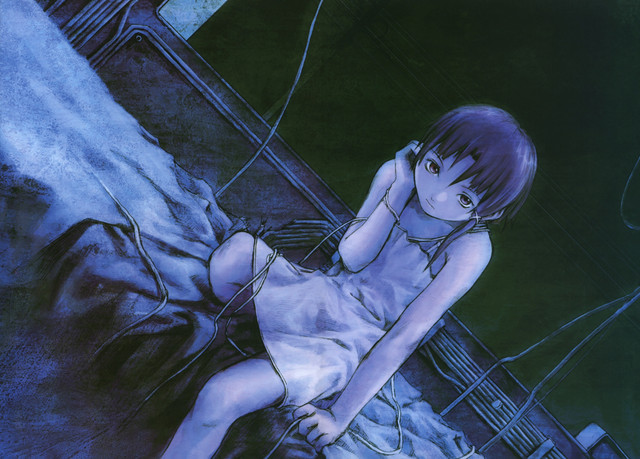 Plot:  On a night like any other, loud and full of flashing lights, in a city that transforms once the night falls, a young girl decides, with resigned happiness, to kill herself by jumping from the last floor of a building, this way shaking up, even if only for a brief moment, the lives of the bystanders.
We are in Tokyo and the news of a strange e-mail sent by the dead girl spreads quickly in the Junior High School Lain Iwakura attends to. Lain is not up to date with the state of the events, tho: she never turns on her NAVI (highly advanced personal computers that allows a large connection to the Wired, an alternative version of internet) and claims she does not understand technology. Urged by her classmates she decides to check her email box and finds a message that should not exist since it was sent, in real time, by a girl who should be dead.
Lain’s daily life was grey, monotonous and empty. Every day was the same and full of noises. This extraordinary discovery seems to give her something to hold on to. Determined to find out what’s happening, more for herself than for the sake of something greater that she is not able to perceive, she asks her father a new NAVI. This is, for Lain, only the beginning of a tortuos journey searching for an answer to the greatest question of them all: Who is Lain Iwakura?

Published in Italy by Dynamic Italia and Dynit in the beggining of the 2000s, in 4 VHS and 4 DVDs, with an excellent localization, this work challenges its audience since the first episode.
We are thrown in a modern world full of lights and noises, the loudest being the buzzing of the electic poles we see everywhere; their dark and intricate silhouette is always in the background.
Lain Iwakura is immediately introduced to us as a normal fourteen years old girl who goes to school. We observe her while she performs the actions that probably characterize every day of her life: she leaves the house, walks the street until she reaches the metro, she gets to school and once in class she sits at her desk, positioned at the centre in the front line.
She does not talk to anyone and her face never changes expression. She only seems very annoyed by the electric poles’ buzzing and by people’s whispering: a noisy world she is almost completely dissociated from.
The first episode is totally focused on her dissociation, actually: the world seems to change around her while she walks or goes from a place to another, starting to seem unreal (derealization: when what is around us seems like it belong to a dream or feels unreal).
When she’s in class she cannot concentrate on what her teacher is saying, her sight loses focus and her body becomes like an object separated from her being (depersonalization: when a person cannot recognize themselves in the mirror, feels disconnected or detached from one’s self, feels as if they are an outside observer of their own thoughts or body, not perceiving properly their body or body parts).
This first episode for almost all of its lenght will appear like is set in a dream; the line between what is reality and what is not often fades. This is Lain’s reality, what she experiences everyday, an existence disconnected from the world.
We are in Japan, in a time when wasn’t  given space to express one own’s identity and it was necessary to omologate to go on, hoping to find a way out in the night life or in the web.
But this heavy atmosphere is made worse than it actually was in that period. Lain lives in a vacuum and this is also conveyed to us by the scenery and the backgrounds, deliberately laid out using colors with a strong contrast between light and dark shades, as if the whole story was experienced in a virtual reality, a hologram of something that no one is allowed to experiment.

And this was only the first episode.
If you survived this, then I recommend you to watch the series until the end.
If, on the contrary, you struggled to finish it or you stopped watching it before reaching the credit rolls, you have two options: give up, it’s not for you and I’m not being mean, it’s really not for everyone, sometimes I feel like I cannot even define it an anime; or just wait a bit, let some time pass, and restart from scratch when you feel ready. 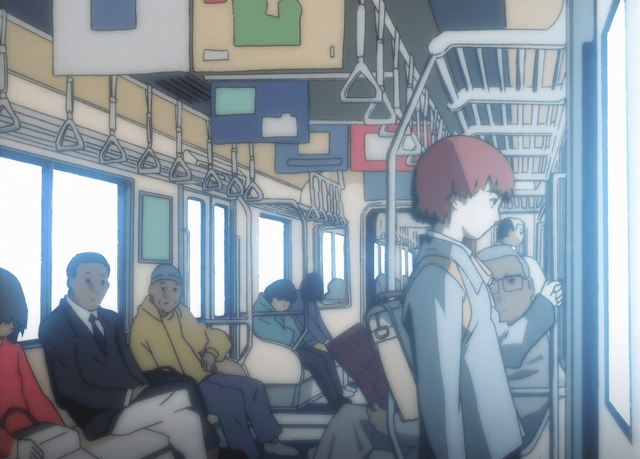 serial experiments lain is a pessimistic story where the protagonist is an antiheroine who acts only for her own self interest. Going through computing history, conspiracy theories, a strange concept of religion, psychology and philosophy, we’ll follow the footsteps left by Philip K. Dick, especially with his novels “Ubik” and “The Three Stigmata of Palmer Eldricht”, where detachment from reality, identity issues and Hyperreality are the main themes.
The peculiar soundtrack, hypnotic at times, will complete our immersion in this abyss full of humanity.
And, twenty years later, we can see how many of the features in sel’s setting such as the technologies it presented, as well as its core themes, became reality thanks to social networks, total connection and informations that run very quiclky into our brains.
As it already happened, many years prior, with the works of the great Philip K. Dick. 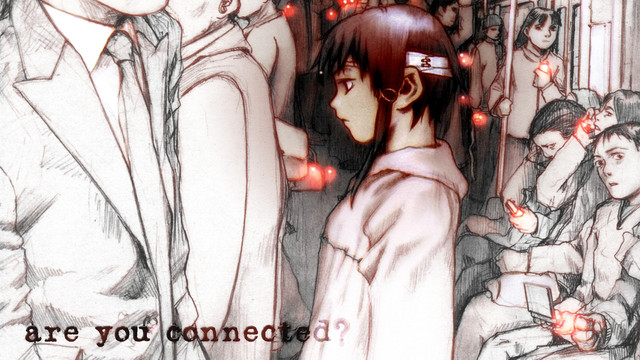