I started writing an “analysis” that one day I’ll complete and will be subsequently translated in English by Idreim, our lovely collaborator.
I also wrote a review about the anime, already translated, that you can find here.
We can say we worked hard to pay serial experiments lain, a series which irreversibly transformed my life, a worthy homage.
What I present you today is an article about the first part of game dedicated to the dear Lain Iwakura, because yes, a videogame exists. It was published for Playstation in November 1998, it’s divided in two CDs and since I’ve completed the first one, I can only briefly talk about it before I can go back to the full game experience in the future and talk about the, alas spoilering, last part. 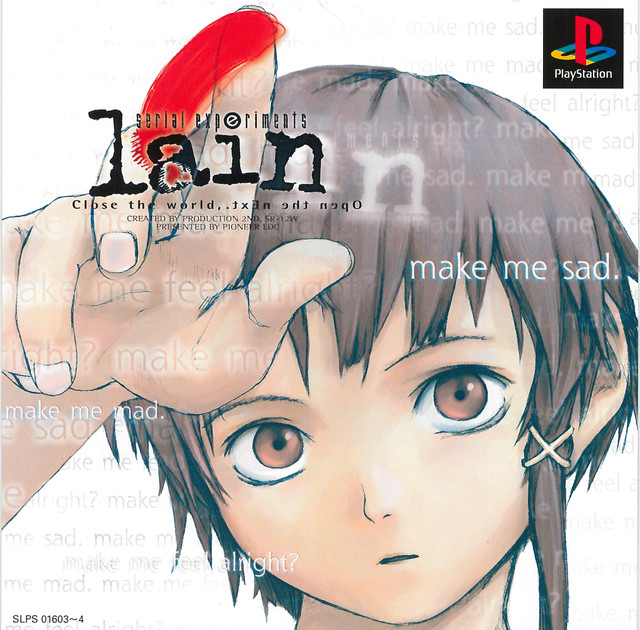 I’ll start talking about the game mechanics instead of the plot.
It’s basically a visual novel, narrated through the use of a collection of files which will make possible recreate the story of Lain and of every character close to her.
If you are expecting something similar to the anime, you are misguided: the TV series was born to sponsor the game and not the other way around. The initial project involved only a game.
The two Lains of these alternative universes are, indeed, the same person, but they were put into different contexts and situations that will lead them to live drastically different and totally disconnected experiences.
But the main themes remain the same; there is a heavy criticism towards the Japanese society of the time, where everything that really mattered was being ordinary, where there was no space for a private life which had to be hidden like a secret never to be revealed, because if it was found out, you were finished. Japan has a society that focuses heavily on the collective, not the individual. On efficiency, not on people’s well being.
Being different, weak and vulnerable in a similar world means being on the losing side in the battle for life.
We will often hear Lain asking herself: is there something wrong with her? Why? Why can’t she just be ordinary? And even when she starts feeling ordinary, why she continues to feel alone and without friends?
Less dreamlike than its anime counterpart, but more gritty and centered on the different point of views, this story, told through dialogues, images and videos will make you take a big dive into the psyche of Lain but also of the other co-protagonist, Yonera Touko, her psychiatrist.
The latter will offer the authors a good chance to talk of that side of Japan that it’s still heavily misogynistic and conservative, since she’s a young woman in her late twenties who is still not married and studied abroad, something that’s frowned upon by her superiors, who will do anything to make her feel uncomfortable.
At the same time, she will try to help Lain, bur perhaps it will be the little girl who will help her, opening her eyes to the darkest and sick side of this world. 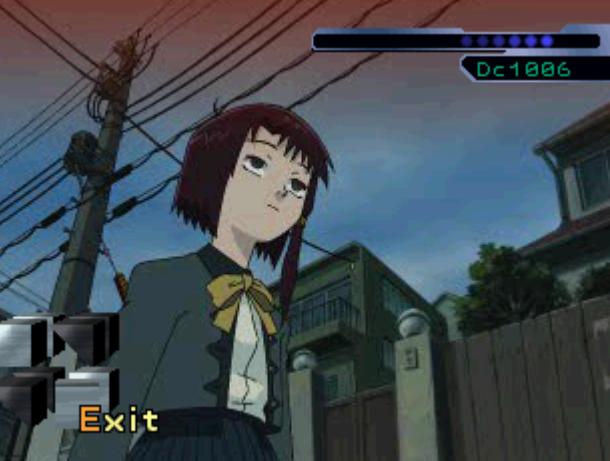 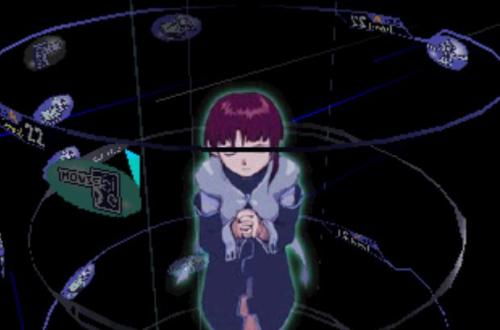 Summing things up: Lain is a 11-12 years old girl who suffers from visual and auditory hallucinations. She is very insecure, especially about her physical appearance . She’s very smart and self-taught, she likes keeping herself informed and shows a serious behavior. It’s safe to assume she feels lonely.
She’s under treatment and a young psychiatrist, Yonera Touko (27 years old), who has just come back from a study stay in America, is taking care of her.
Touko is hasty, naive and fundamentally a good person, and people at work mistreat her. They side-eye her because she is a young woman who went to study abroad … and this speaks volumes about Japanese chauvinism .
She also has a crush on a certain Takeshi, who doesn’t seem to be interested in her.
Lain is revealed to be a difficult patient and she make things very hard for Touko.
Despite everything, I have difficulties sympathizing with the doctor, even if I feel deeply sorry for her. With Lain it’s different, because I find myself going through really dark times. Everything feels very weird and heavy and I feel more connected to her than ever, especially for the way she reacts and lives with her peers, from whom she’s more and more isolated, and she deludes herself.

This first CD, composed of 22 levels that must be explored from the more superficial (lv1) to the deepest one (lv22) is, as I said before, a collection of files, recordings, phrases and videos. Following the prearranged order, it will be possible to learn, bit by bit, the whole story.
The game, available only in Japanese, it’s a bit hard to play, but there is a website where you can find everything translated in English, thus making possible to live the complete game experience , even if the hidden files will be available right away:  LAIN GAME.

Have a good time inside the Wired.